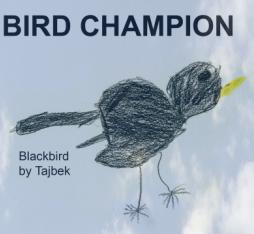 The Hilly Fields Bird Champion Project has been running for over 5 years now and Tom Moulton, our champion has kindly put together a report on how things have progressed.  You can read his report below;

The Hilly Fields Bird Champion Project was initiated by Lewisham Council in August 2007 and is supported by Glendale. Keith Ward volunteered to be bird champion and began recording the birds that he saw in the park. In 2008, Keith set up the Hilly Fields Birdwatch blog and later began entering details on BirdTrack – the national bird monitoring database. All records back to 2007 have now been entered on BirdTrack and updates are provided to Glendale on a monthly basis.

In addition to recording birds and bird numbers, the Bird Champions in conjunction with the Friends of Hilly Fields have held RSPB Big Garden Birdwatch events on Hilly Fields since January 2009 and Dawn Chorus walks each spring since 2010. The Friends have given strong support to the project since its inception.

Hilly Fields park serves the Brockley and Ladywell communities in particular and is heavily used by local dog walkers, runners, fitness  and sporting groups, parents with children, picnickers and often as a short cut across the neighbourhood. Prendergast School is within the park and there are tennis courts, a playground, a bowling green and a cafe. Eastern Road which runs past the nature reserve and turns left to terminate between the school and tennis courts provides limited vehicular access for the public. The park is 39 acres in size and 175 feet above sea level at its summit.

As a habitat for birds, Hilly Fields has over 700 trees including London planes, horse chestnuts, poplars, hawthorns and some conifers. Many nesting boxes have been placed in the trees including some made by local school children. There are six large grassland areas or ‘fields’ (one of which is managed as a wildflower meadow) which provide food sources for black-headed and common gulls, blackbirds, starlings, wood pigeons, mistle thrushes and redwings. There is also a small wooded nature reserve alongside Eastern Road. A small orchard with apple and pear trees was planted next to the nature reserve in 2011 and a fruiting hedge has been planted around part of the orchard this year. The best areas for small birds, are the east and south-east borders which have trees, shrubs and hedging and the Eastern Road/nature reserve area with its brambles, hawthorns and scrub. The adjoining Veda and Cliffview roads have house gardens which back onto Hilly Fields and provide additional habitat for birds with more trees and, in some cases, bird feeders and a diverse range of plant seed heads and berries.

Unlike many other Lewisham parks, Hilly Fields has no “water feature” (ie. river, lake, pond) and birds such as ducks, herons, kingfishers and grey wagtails are not seen.

40 different bird species are recorded as having been seen at Hilly Fields since August 2007 . Exact numbers recorded during the surveys can be found on BirdTrack, but the highest populations are as follows:

Numbers of magpies and carrion crows, though usually in single figures, can be swollen by “outside” visitors, particularly in the case of crows which often convene in the poplar trees near the stone circle. Numbers of small birds are usually in single figures as we count only those seen at any one time to avoid duplication. However, it would be reasonable to estimate that the number of great tits, blue tits and robins resident in the park is between 10-12 of each species. There is a stable population of between 5-10 house sparrows which are commonly found in the Cliffview hedge (see plan). Numbers of ring-necked parakeets are normally in low single figures.

Breeding records have not been kept systematically, but birds which are definitely known to have bred in the park are blue tit, carrion crow, great spotted woodpecker, magpie and mistle thrush. There is evidence that some of the nest boxes have been used, but probably only to a limited extent.

The presence of common gulls is noteworthy. In the first few months of 2013, they exceeded the black-headed gulls in number with 50 being recorded one month which is perhaps unusual for the area. The regular presence of goldfinches, sometimes in high numbers, is another particular feature of this park. The hawthorns and their berries would be one attraction for them in the autumn and winter months.

There are two separate annual migrations of Blackcaps to the UK – a spring migration from the Med and North Africa and an autumn migration from Central Europe. This is reflected at Hilly Fields where Blackcaps have been seen all year round, albeit in small numbers (possibly no more than 2 pairs) in the winter. Another migratory warbler, the Chiffchaff, has been heard only briefly in spring and autumn, suggesting that it uses Hilly Fields for resting before flying on elsewhere.

The Lewisham Council website mentions the song thrush as a bird which can be heard on Hilly Fields. It should be noted that the song thrush has been neither seen nor heard in the park during the length of the bird champion project. This may reflect the severe national decline in song thrush numbers. The bird is still present in small numbers in the nearby Brockley and Ladywell Cemeteries.

The Bird Champion Project has been successful in providing information and data about the birds of Hilly Fields. It has also helped to raise the awareness of local members of the public through the Big Birdwatch and Dawn Chorus events and through the Hilly Fields Birdwatch blog.

The data has only recently been brought up to date on BirdTrack. When time permits, it will be analysed more closely to look for any significant changes in population levels. However, gut feeling is that bird levels have been relatively stable during the five years of the project.

The only attempt to enhance the park habitat for birds has been through the provision of a feeder in the garden next to the bothy. This has only been a limited success. Two feeders have “disappeared”; it has been difficult for volunteers to find the time to fill the feeder; and there is anecdotal evidence from the park keepers that when filled, the feeder can be monopolised by parakeets.