NB: The new Lewisham Biodiversity Action Plan for 2021-2026 is currently being worked on. Until then the 2015-20 BAP remains active.

Lewisham original Biodiversity Action Plans were written in a document called ‘A Natural Renaissance for Lewisham’. The original document was written in 2007 and set out the Borough’s aspirations for the immediate future regarding the conservation of nature across the Borough.  Progress between 2007-2011 can be found on the new BARS website or you can have a look at the summary spreadsheet produced by the partnership.

‘A Natural Renaissance for Lewisham‘ was updated in 2015 and ratified by Mayor and Cabinet in March 2016. The partnership’s past achievements can be viewed below.

We produce summary sheets of all the achievements of the partnership and this will be updated quarterly.

plan for the Borough’s wildlife and natural environment. Presently, the Partnership consists of Lewisham Council, Glendale Managed Services, The Environment Agency, The Creekside Education Trust, Groundwork South East London, Greater London Authority, London Wildlife Trust, Horniman Museum and Gardens and,  most importantly a range of local groups and individuals.  All these groups have an interest in conserving and enhancing Lewisham’s Biodiversity. The work of the Lewisham Biodiversity Partnership has operated in tandem with that of the London Biodiversity Partnership and has taken a considered approach in order that Lewisham’s Biodiversity Action Plan be visionary, pragmatic, achievable and inclusive. The group meets 4 times a year to discuss their achievements and issues that may have arisen.  A copy of the minutes of these meetings can be found below.

The next Lewisham Biodiversity Partnership will be held on 14th July 2021 at 4pm. We hope that this meeting will be ‘in-person’ so please keep an eye out for further details. Please contact Jess Kyle if you would like to get involved.

For previous meeting minutes not listed here, please email Jess Kyle who would be happy to send them to you.

The first quarter of the year was a rather quiet one for the Partnership given Covid restrictions but activities have slowly started to return. Please find attached the BARs summary sheet and the wildlife records for the quarter along with the minutes of the meeting on 20th April. Please let us know if you have any questions or comments on any of these and please don’t forget to send Jess and Eszter your activities and biodiversity sightings so we can have an accurate record on what is happening in the Borough. Many thanks!

Highlights for the quarter:

Start growing your flowers as the annual Flower show returns to Beckenham Place Park on 1st August! There will also be an art show, a fun dog show, local traders and live music at the community event.

Hope you are all keeping safe during the current lockdown and still manage to get out and about in your local green space for the daily exercise.

Thank you for everyone who joined us at our quarterly meeting on Tuesday. It was great hearing all the updates and that despite the lockdown and Tier 4 we still managed to organise 95 events and engage over 500 people, all of course in line with Covid guidance!

Highlights for the quarter:

Lewisham became 2nd at the annual Good Parks for London evaluation, an assessment of London boroughs’ park service against ten criteria. Lewisham scored highest for collaboration with local groups such as the Lewisham Biodiversity Partnership. Thank you again for all your work and support, we couldn’t have achieved this result without you.

A buzzard was captured on video feeding in Devonshire Road Nature Reserve (photo by Nigel Kersey). 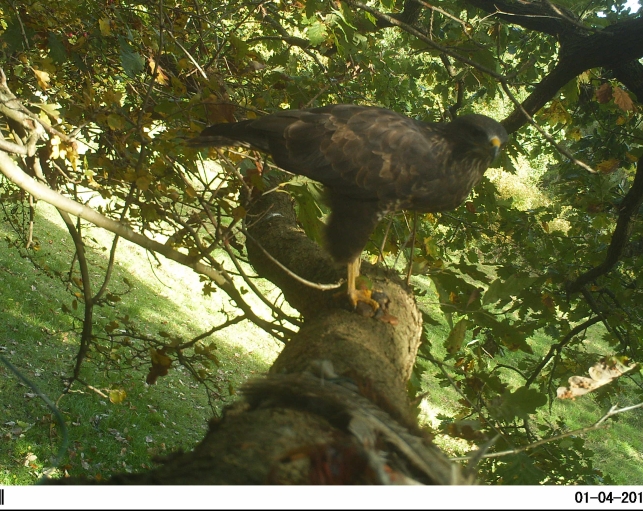 Eels were found in the tray for the first time since the start of the Ravensbourne Riverfly Monitoring scheme in 2016 (video on Facebook).

The partnership’s achievements between October 2010 – December 2020

(Please click on the thumbnail of the period you are interested in. This will bring up a larger version of the image and there you will find a link to a word document for the achievements for that quarter)

This page sets out the history behind the Lewisham Biodiversity Partnership and what they are doing towards Local and National Biodiversity targets. You will also find regular updates of interesting projects that our partners have carried out in the Borough along with quarterly achievements, along with ways in which you can get involved.

In 1992 the UK Government signed the Rio Convention and committed themselves to halting biodiversity loss.  In response to this the UK Government published the  UK Biodiversity Action Plan 1994.   This led to the production of 436 action plans between 1995 and 1999 to help many of the UK’s most threatened species recover.   A review of the UK priority species list in 2007 identified 1,150 species and 65 habitats that met the BAP criteria at UK level. For information up to March 2012 on the progress of local and national plans please visit the Biodiversity Action Recording System (BARS) website. This is an old website, but still has a lot of useful information on it.  Progress between 2007-2011 can be found on the new BARS website or you can have a look at the summary spreadsheet produced by the partnership.

There are 119 local biodiversity action partnerships and nine regional biodiversity that have been established across England.  This  has helped bring about a groundswell of activity and innovation to meet the challenges faced by our biodiversity.

Local Biodiversity Action Plans (LBAP) identify priorities for biodiversity conservation at a local level.  They work to deliver agreed actions and targets for priority habitats and species and can focus on locally important wildlife and sites.  They aim to reflect the values of local people and provide a focus for local initiatives hope to further the wellbeing of their local areas.  LBAPs, including the one in Lewisham are delivered through wide local partnerships that involve wildlife organisations, local authorities, businesses and other interested parties.  More information about the achievements of LBAPs can be found at Natural England’s report, ‘The Achievements of local biodiversity partnerships in England.’The functions of LBAPs are: